There are many reasons why teens choose to use drugs or alcohol, but they all have one very important thing in common: they are trying to cope with issues that can be difficult to overcome. Find out more about the key issues and influences behind teen drug use in this article.

What Do Teens Think of Drugs?

One of the key reasons why teenagers use drugs or alcohol is because they think it will make them feel better. Teens often feel like they don't fit in with their peers, and drugs and alcohol can help to make them feel more comfortable. To know more about drug addiction and abuse, you can simply visit https://stepstogether.co.uk/drug-abuse-and-addiction/. 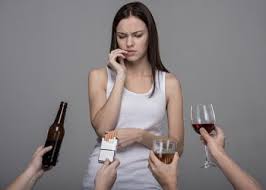 Teens also think that drugs and alcohol will give them a temporary high that won't wear off. Many teens mistakenly believe that drugs and alcohol won't have any long-term consequences. Teens who use drugs or alcohol often find themselves in a lot of trouble. They become addicted to drugs or alcohol, and their lives take a turn for the worse. They may lose their jobs, their families, and their homes.

Why are Teenagers Using Drugs?

Teenagers who use drugs and alcohol often experience serious consequences. They can become addicted to drugs or alcohol, which can lead to serious health problems. They may also be arrested for drug-related crimes or commit suicide as a result of their addiction.